AXA has a number of subsidiaries dealing with individual and corporate insurance plans. The Axa Group operates primarily in Western Europe, North America, the India Pacific region and the Middle East, with a presence also in Africa. Axa is a conglomerate of independently-run businesses, operated according to the laws and regulations of many countries. In China legal entities that are recognized by local authorities are ICBC AXA and AXA TianPing. At current you can still purchase AXA PPP Health Insurance in China but that will be through their overseas office as they don’t have local team to service foreigners and expatriates here. For that, you better consider plans from two other legal entities of AXA that are licensed in the country.

If you have an existing AXA PPP policy all of it’s servicing is done out of UK without hotline in China. AXA Group headquarters is however located in the 8th arrondissement of Paris. Group itself is engaged in more operations than just selling private medical insurance. Range of solutions they offer are covering as little as insurance for rented apartment and all the way investment solutions in most of the EU countries.

Below is executive summary of all AXA health insurance plans with limits. 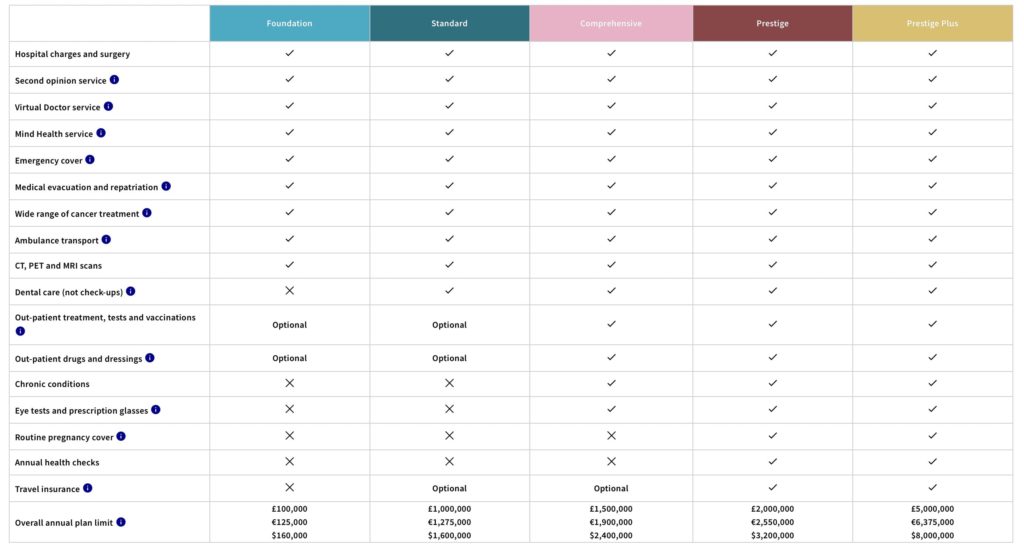 Source: AXA Health at axahealth.co.uk and AXA Group at axa.com